Often people use “charity” and “philanthropy” interchangeably. Even if they know the terms aren’t quite the same, they’re unclear about why. Actually the two are very different and each has its advantages—and risks.

Charity is the voluntary giving of immediate or short-term help to those in need. Whether it involves donating money, goods or time, charity addresses a problem “right now”. Maybe it’s a check to feed Ukrainian refugees or shelter a family who lost everything in a massive wildfire. Or it’s a bag of clothes for a local church that distributes them to the homeless. Maybe it’s giving to a large organization like UNICEF that deploys the funds to crises around the world; maybe it’s responding to a telethon for childhood cancer or a GoFundMe for a family who lost a child in a school shooting, even tossing a dollar to buskers on the subway.

Philanthropy addresses the same kinds of needs but from the roots and is a long-term approach to giving. One way to think of it is that charity treats the symptoms while philanthropy tries to cure the disease. Rather than delivering 1,000 bottled waters to people in a drought-stricken village in Mali, a philanthropist might build them a well. Instead of a GoFundMe for those affected by a school shooting, philanthropy would fund research on why it happened in the first place. It typically involves large donations by individuals with a plan for using the funds over several years. 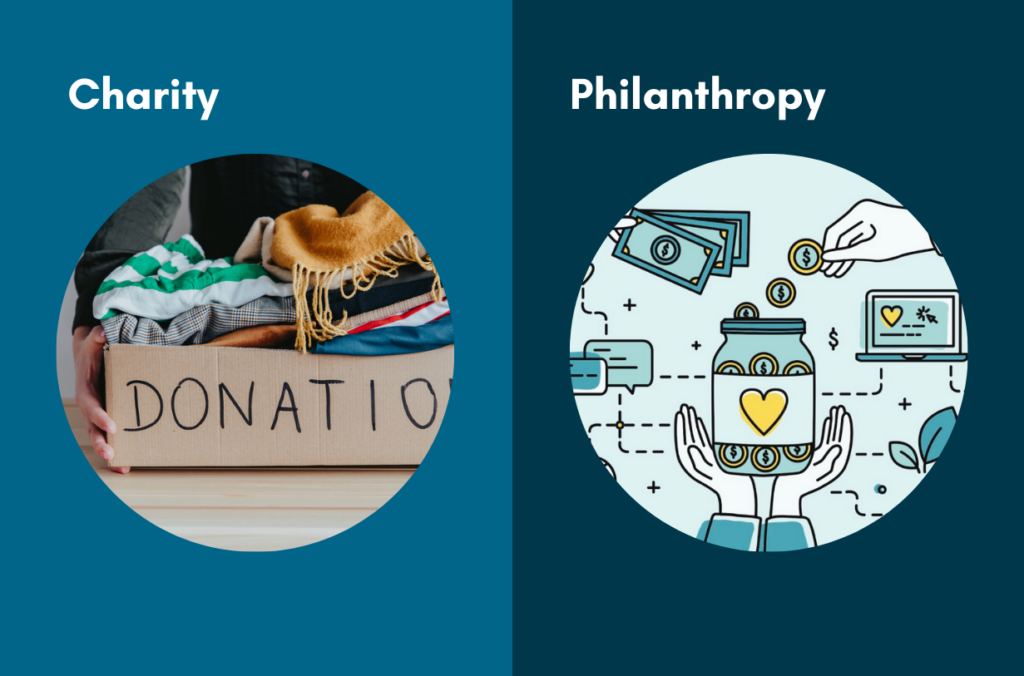 Charity is highly democratic; the funds are contributed by all kinds of people with a diversity of beliefs and opinions. And we can choose where to donate based on the impact.

Philanthropy, on the other hand, is steered by a few wealthy individuals with specific visions of change. The nation’s 25 top givers (the Warren Buffets , the Gates, the McKenzie Scotts)  today have donated $169 billion collectively over the course of their lifetimes, according to Forbes’ estimates.  The impact of funds like these is closely tied to how each philanthropist  wants to see their communities evolve.

Philanthropy—with its scale and sustained effort—is critical to moving the needle on the world’s worst problems (when a village drinks all the bottles of water donated, they’re back at square one). But it is also vulnerable to abuse. Rob Reich, a Stanford political-science professor and the author of Just Giving: Why Philanthropy Is Failing Democracy and How It Can Do Better, has written a lot about this. “Philanthropy is an exercise in power, by definition by the wealthy,” he told The Atlantic. “It’s an attempt to have some public influence. And in that respect, it’s a plutocratic element in the democratic setting.” Good intentions, he said elsewhere, have often been “a mask for the judgmental approach to the position of people who are in need and about the things they should be doing differently to lift themselves out of poverty or disadvantage.” In 2018, he pointed out,  more than 90 percent of the roughly 100,000 private foundations in the U.S. had no website. In other words, philanthropy is not always transparent.

Charity has its own vulnerability to abuse. The Red Cross is just one of the large organizations that has weathered scandals. In one case it spent a full quarter of the money people donated to help the victims of the 2016 Haiti earthquake, nearly $125 million, on internal expenses like inflated administrative costs. On the other end of the spectrum, the FBI and FCC are constantly warning people about charity scams and disaster fraud, especially after a national crisis. Then, too, the story of  On Your Feet, Inc., has become a familiar one. A federal investigation found that the Bonita, California, couple who ran the charity, which supposedly helped low-income people, made off with $1.3 million, spending the money on luxuries like a Mercedes and a seven-bedroom home. 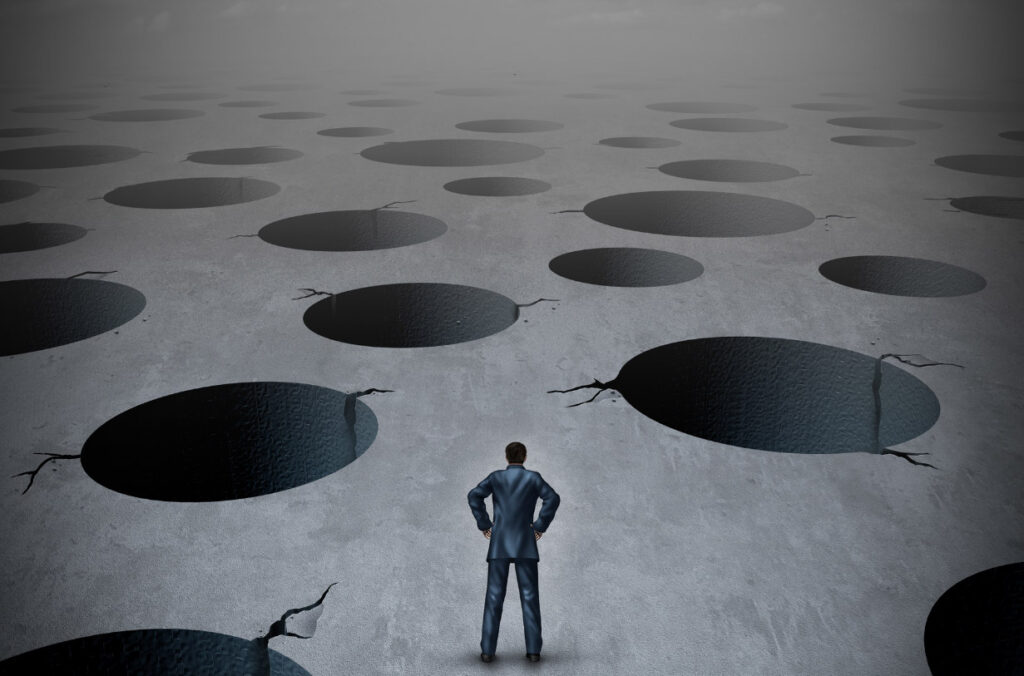 Despite these risks, there’s no question that Charity and philanthropy are both essential to a more sustainable, humanitarian world. At Sparo, we’ve thought long and hard about how to combine the two ways of funding to avoid the risks of each and amplify the advantages to both.

As a company whose mission is to democratize philanthropy, we approach giving in a long-term, large-scale, systematic way with technology to build donations into everyday activities like shopping and gaming. In that sense we are philanthropically driven. But as opposed to directing where the money goes, our purpose is to unlock the power of everyone to choose the recipients.
Our first product is the Sparo ecommerce platform that invites shoppers to select the charity that a portion of their sale will go to, donated by the retailer. And the other tools we are developing will help funnel the donations to small and large charities all over the world.

As more companies find new hybrid approaches to funding solutions for the world’s problems, we will usher in a new era of giving where we can all participate in creating an effective and meaningful impact. 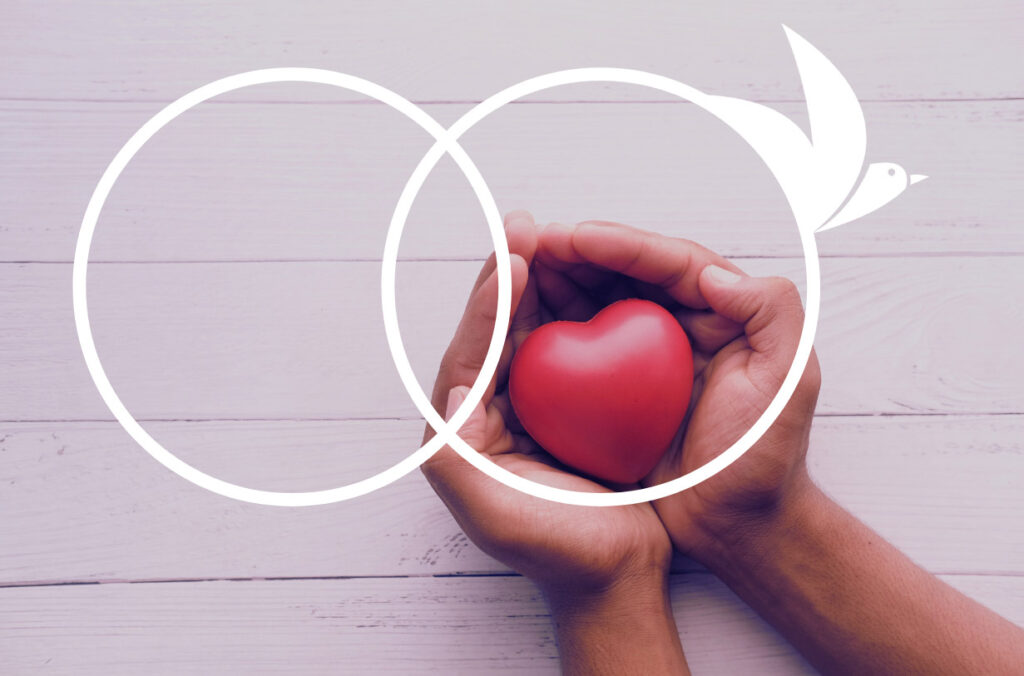